March 20th will mark the 37th annual observance of MeatOut, our global grassroots campaign to end the use of animals for food. Other such efforts date back to at least the early Jewish prophets three millennia ago. We invite you to join us, as we review the history of MeatOut, beginning with its ancient roots. 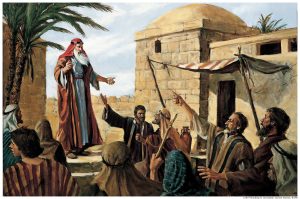 Beginning around the 8th century BCE, Israel’s Prophets Isaiah, Jeremiah, and Hosea condemned animal sacrifices and consumption of animal flesh. Much later, Jewish sages formulated rules of kashrut that permitted consumption of some animals, provided that they were raised and slaughtered with minimal cruelty.

In the 6th century BCE, Jain preacher Mahavira and the Buddha in India, as well as Greek mathematician and philosopher Pythagoras urged their followers to abstain from eating animal flesh. Until modern times, such abstinence was referred to as the Pythagorean diet.

In the 4th century BCE, Greek philosopher Plato propagated the Pythagorean view, but his star pupil Aristotle opposed it, proclaiming that animals exist for the benefit of humans. Paul the Apostle, who basically founded the Christian church and authored half of the New Testament, adopted the Aristotelian view of animals. That view was reaffirmed by renowned 13th century Catholic theologian Thomas Aquinas and perpetuated by the Christian church until recent times.

The Western concept of vegetarianism emerged only at the beginning of the 19th century CE and became solidified with founding of the British Vegetarian Society in 1847. The notion was popularized by British social advocate Henry Salt with his A Plea for Vegetarianism and Other Essays. British pacifist Donald Watson coined the term “vegan” and launched the Vegan Society in 1944. 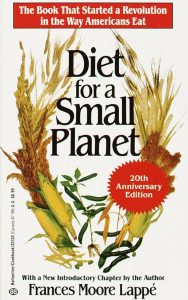 The United States took much longer to accept the concept because of a general consensus that consumption of animal flesh and dairy products was essential to human health. An early attempt to organize U.S. vegetarians was launched in 1850 by British vegetarian advocate William Metcalf with leading American advocates Bronson Alcott and Sylvester Graham. But, their American Vegetarian Society died with their founders.

The first prominent challenge to that consensus came in the best-selling 1971 treatise Diet for a Small Planet by young graduate student Frances Moore Lappe who was attempting to expose the devastating impacts of beef production on the environment and food scarcity. The book also suggested that people could get adequate protein from plant sources by combining “complementary” proteins. Unfortunately, the effect was a massive switch from beef to chicken consumption, as Americans were not ready to relinquish animal flesh altogether.

Official U.S. government suggestion that animal flesh was not only not essential, but potentially detrimental to consumer health, finally arrived in January of 1977 in a small pamphlet titled Dietary Goals for the United States. The pamphlet was published by the U.S. Senate Select Committee on Nutrition and Human Needs after two years of hearings from hundreds of experts on diet and health. It led to the publication every five years of the official Dietary Guidelines for Americans, which are still heavily influenced by the meat and dairy industries.

The current U.S. vegetarian and vegan 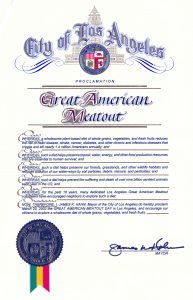 movements owe their birth to H. Jay Dinshah, founder of the American Vegan Society in 1960. In August of 1975, Jay and his newly formed North American Vegetarian Society organized a congress of the International Vegetarian Union at the University of Maine in Orono. The congress led to the formation of some 60 local vegetarian groups. It would also provide the foot soldiers for the forthcoming animal rights movement.

The Great American Meatout was conceived by FARM activists in January of 1985 to counter a national promotional campaign planned by the meat industry. The March 20th date was chosen as the first day of Spring, symbol of renewal and rebirth.

Since then, MeatOut has grown into the world’s largest annual grassroots educational campaign dedicated to ending the use of animals for food. Activities in 20 countries have ranged from information tables, exhibits, food samplings, and cooking demonstrations to elaborate receptions and festivals.

In past years, members of Congress and their staff were treated to an annual plant-based lunch in Washington DC. Dozens of governors 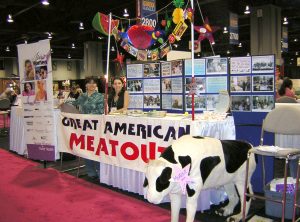 and large city mayors have issued MeatOut proclamations. The MeatOut message has been promoted on billboards, bus display cards, TV ads, and scores of letters to the editors of local newspapers.

A number of health advocacy organizations have followed the MeatOut lead:

Today, American public opinion is much more open to the concept of dropping animal flesh from the menu than it was when we launched Meatout back in 1985. The growing availability of convenient, healthful, cruelty-free plant-based meat and dairy products will assist considerably.

The need for MeatOut and similar public information campaigns continues unabated and promises to yield ever more gratifying results.
Please visit the MeatOut website for suggestions on how you too can take part in this year’s global virtual campaign to end the use of animals for food. 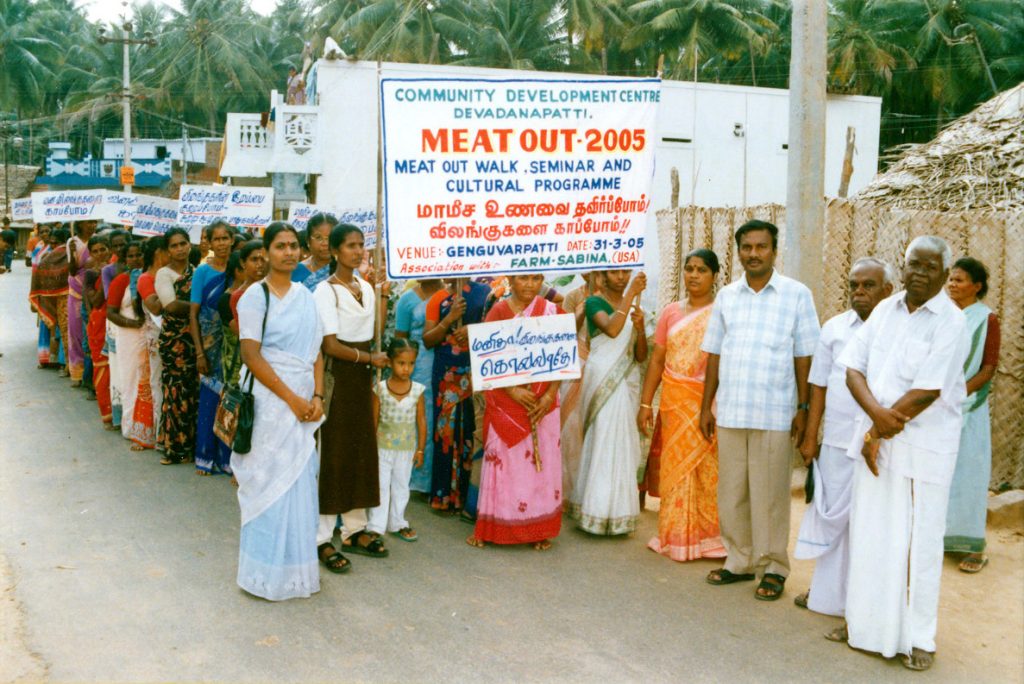 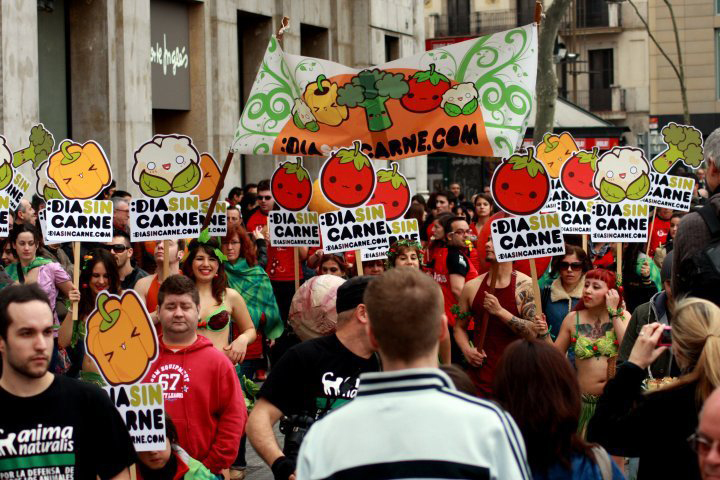