We stand on the shoulders of pioneers who conceived, built, and nurtured our movement, yet are now forgotten. They displayed uncommon vision, creativity, conviction, daring, and persistence. Please join us in another of a series of stories memorializing their amazing contributions to our movement and the animals.

A Jewish Boy from Antwerp

He has been acknowledged universally as the father of animal rights activism. He confronted and prevailed on major corporations, legislatures, and other institutions on behalf of animals. Yet he had no staff, organizational support, or major funding. 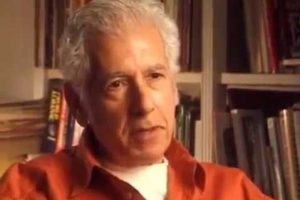 Henry Spira was born to a Jewish diamond-cutting family in Antwerp, Belgium in 1927. In 1940, he and his family escaped the Holocaust by moving to New York City. In subsequent years, he served as a merchant seaman, soldier, union organizer, journalist, civil rights activist, and eventually – schoolteacher.

In 1973, Henry read Peter Singer’s article Animal Liberation in the New York Review of Books and signed up for his New York University animal rights course. He concluded that animal rights activism was a logical extension of his own passion for social justice.

Between the late 1970s and the early 1990s, Henry and the rest of our movement, apart from our FARM, were totally focused on vivisection. Henry frequently referred to vivisection as “the universe of pain and suffering.”

In 1977, Henry applied the tactics of the labor and civil rights movements to shut down research on the impact of blinding cats on their sexual activities at the American Museum of Natural History in New York. Two years later, he was instrumental in repealing New York State’s Pound Seizure Law, which forced shelters to turn over unwanted cats and dogs for medical research and training. 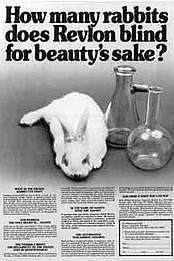 By 1981, Henry’s 400-member Coalition to Stop Draize Rabbit Blinding Tests employed provocative ads in leading newspapers to prevail on Revlon, Avon, Bristol-Meyers, and other cosmetic companies to donate millions of dollars for development of animal-free alternatives. The test checked the corrosive effects of cosmetics by inserting them into rabbits’ eyes and assessing the extent of damage.

He also led a smaller Coalition to Stop the LD-50 (Lethal Dose 50) Test, which measured the lethality of a substance by feeding increasing amounts to a number of animals, until 50 percent of them died. The test has been largely phased out.

I was one of few people that Henry admitted to his inner circle. I used my privilege to turn his attention toward the “universe of pain and suffering” in America’s factory farms and slaughterhouses. I accomplished this in those pre-Internet days by exposing him on multiple occasions to hundreds of factory farming slides that I had collected from U.S. Department of Agriculture’s photo library.

Eventually, Henry announced that he was dissolving his Draize and LD50 test coalitions and forming a Coalition to Ban Factory Farming. It was still against cutting up animals, he reasoned, but in much greater numbers. 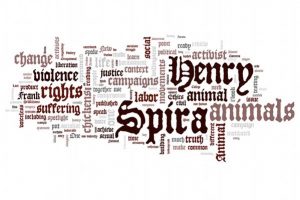 Henry tackled animal agribusiness with the same vigor and ingenuity that he had used so successfully against the vivisection industry. He began by taking out full-page ads mocking false claims in chicken magnate Perdue’s, as well as McDonald’s and KFC advertising campaigns. He prevailed on slaughterhouses to drop the cruel “shackling and hoisting” of conscious animals by their hind leg to meet Jewish and Islamic ritual requirements. He worked with us to stop hot iron face branding of dairy cows.

In 1996, Henry was instrumental in the formation of the Johns Hopkins Center for a Livable Future (CLF), as a prestigious source of publications and events promoting plant-based eating. In 2003, the Center spawned the massive global Meatless Monday program, which saves millions of animal lives annually.

Henry preferred cats to people, and made that clear to all comers. He operated from his New York City apartment with no staff, organization, or treasury. Yet, his activist coalitions counted dozens of member organizations and associated funding. 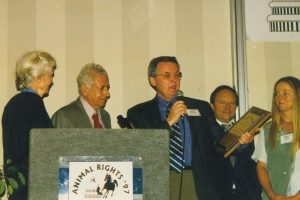 Henry’s corporate and legislative opponents were invariably impressed by his directness, sincerity, and strength of purpose. He always negotiated in private and resorted to shaming his opponents in large newspaper ads only when private diplomacy failed.

Peter Singer’s Ethics into Action biography and One Man’s Way video document in detail Henry’s ingenious, effective corporate and legislative campaigns and serve as a manual for our movement’s corporate activism.

At our 1997 Animal Rights National Conference, we presented Henry with our movement’s first award for outstanding contribution to the advancement of animal rights. We lost Henry to esophageal cancer in September of 1998.