The U.S. animal rights movement has had a rich tradition of direct action, defined here as any action which places the activist in danger of arrest or injury. Please join us, as we review the history.

The first U.S. direct action for animals is generally attributed to Paul Watson, while he served as a member of board of directors of the Greenpeace environmental organization. In 1975, Paul prodded Greenpeace to outfit a ship to confront Soviet whalers on the high seas. Unfortunately, the effort was not successful, because Russian whalers fired their harpoons despite the presence of Greenpeace activists in their inflatable zodiacs. 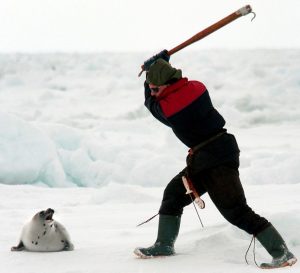 The following year, Paul launched a Greenpeace campaign to frustrate the slaughter of baby seals for their white fur in the Gulf of St Lawrence by spraying the animals with a harmless dye that made their pelts worthless. By then, the annual slaughter had been publicized and opposed for several years by Brian Davies of International Fund for Animal Welfare, Cleveland Amory of The Fund for Animals and Alice Herrington of Friends of Animals, as well as several movie celebrities. Paul continued the campaign for the next two decades, exposing himself to considerable personal harm from the sealers. Greenpeace pulled out in 1977 and kicked Paul off their board.

In 1979, Paul Watson and Cleveland Amory cofounded the Sea Shepherd Conservation Society by launching a ship, the Sea Shepherd, to confront pirate whalers in the Atlantic. The Sea Shepherd rammed and sank the whaling ship Sierra, but was itself scuttled in a Portugal port. 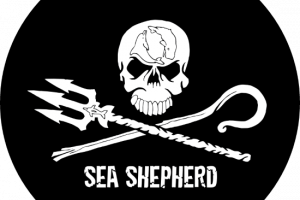 Paul Watson and the Sea Shepherd Conservation Society have continued their direct action antiwhaling and anti-sealing campaigns for the past four decades, expanding to a half dozen ships. Their spectacular exploits have been publicized and celebrated in the television serial Whale Wars that ran on the Animal Planet cable channel between 2008-2015.

The Animal Liberation Front, which has come to symbolize direct action for animals, evolved in the United Kingdom in the 1970s. Its mission was to liberate animals from oppressive situations and to destroy property used in their oppression without harming humans. The front was made up of independent cells, with no central structure. Reports of actions were sent anonymously to an above ground organization for distribution to news media.

The first ALF action in the U.S. may have been in March of 1979, when four activists dressed as lab technicians liberated five animals from a New York University Medical Center laboratory. The first major action was liberation of 34 cats from the Howard University Medical School in Washington on Christmas Day of 1982. 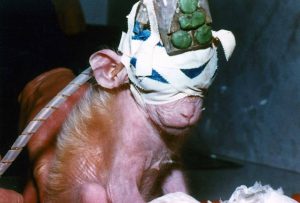 Two years later, ALF activists liberated 115 animals from the City of Hope National Medical Research Center near Los Angeles. The largest raid came in the Spring of 1985, when more than a thousand animals were rescued from the University of California at Riverside. One of them was Britches, a macaque infant who was separated from her mother, with her eyelids sewn shut.

By the early 1990s, as laboratories became much harder to penetrate, the ALF turned to softer targets – fur farms, typically located in isolated rural areas with minimal security. Unlike with laboratory rescues, the mink and foxes raised for fur could just be released to fend for themselves in the wild.

People for the Ethical Treatment of Animals (PeTA)

People for the Ethical Treatment of Animals (PeTA) had been widely suspected of supporting and had actually served as an official publicist for the ALF. PeTA had also engaged in a number of spectacular undercover anti-vivisection investigations, including the celebrated Silver Spring Monkeys, which thrust our fledgling animal rights movement into the national consciousness in 1981. 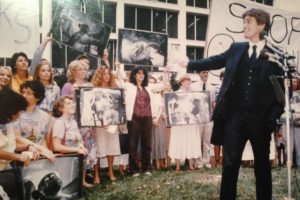 On the morning of July 15th 1985, PeTA recruited one hundred of our movement’s top activists to take over the National Institutes of Health offices responsible for funding baboon head bashing experiments at the University of Pennsylvania. Despite scarce food supplies and a freezing air conditioning setting, we stayed there for four days, until the Secretary of Health and Human Services stopped funding these barbaric experiments.

In November of 1999, a group of animal activists in the United Kingdom turned their attention from animal liberation and destruction of property to harassment and intimidation of employees, contractors, suppliers, and stockholders of the offending institution. Their target was a contract lab called Huntingdon Life Sciences Laboratory and the name they assumed was Stop Huntingdon Animal Cruelty, or SHAC. In the following year, the resulting devaluation of the company’s shares brought it near bankruptcy and forced a move to the U.S. SHAC followed and continued their tactics. 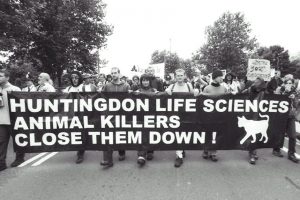 In 2004, seven SHAC activists, including leader Kevin Jonas, were arrested and charged under the Animal Enterprise Protection Act of 1992, which turns physical disruption of any business that exploits animals into a federal offense. Two years later, six of them were convicted and sentenced to prison terms ranging from one to six years.

The harsh SHAC sentences pretty much put an end to direct action against laboratories and fur farms in the U.S.

For the first two decades of our movement, FARM (Farm Animal Reform Movement) was pretty much the only national organization championing animals raised for food. And that included direct action.

In 1988, eight of us, including a 6-year-old, staged a sit-in at the office of the Secretary of Agriculture to get his attention to the treatment of animals in factory farms. Four years later, we blocked entry to USDA headquarters with a banner proclaiming “Stop Abuse of Animals in Factory Farms.” We disrupted a Congressional hearing on contaminated eggs by shouting “All Eggs Kill.” 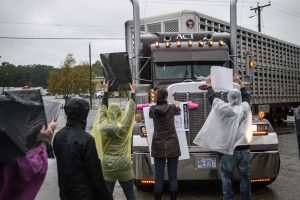 In 1989, we staged an all-night vigil outside a pig slaughterhouse in Smithfield, VA. At dawn, five of us got arrested for blocking pig-laden trucks from entering the plant. We went back to Smithfield several more times. At the 2015 blockade, I was almost run over, as I sat on the ground in front of a moving truck where the driver could not see me.

On June 19, 2020, at a similar event by The Save Movement at a Burlington, Ontario pig slaughterhouse, Canadian activist Regan Russell was actually run over and killed by an animal transporter, the only reported human casualty of our movement’s direct action.

Direct action has been criticized by some in our movement as being antithetical to the principle of nonviolence that undergirds our movement. But proponents respond with “what would you do, if your dog was about to be cut up in that laboratory?” As far as we know, no animal abuser has ever been hurt as part of our movement’s direct actions.