Many of us have our own strategy for turning friends and strangers toward veganism, whether through offering plant-based foods, writing essays, posting videos, or conducting street activities. In each case, effective advocacy applies the tools of language, rhetoric and storytelling. Here is how.

Why We Do What We Do

Most of our decisions, including dietary habits, are not governed by extensive examination of available options followed by deliberate choices. Instead, they are dictated by habits we acquired from communities and families that we have grown into. 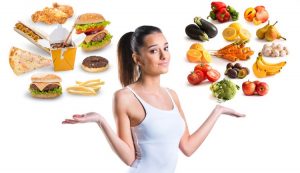 Despite their shaky origin, we defend our dietary habits as if they were of our own deliberate making. Direct attacks on these habits are frequently perceived as personal attacks calling up personal defenses.

This calls for considerable care and sensitivity in our advocacy. It’s not enough that we and our message avoid confrontation. We must also appear skirt likely defenses by appearing likable and credible, appealing to our audience’s feelings and beliefs.

Getting Likeable and Credible

So, how do we appear likable and credible?

And, how does our message gain trust and acceptance?

The most powerful tools in gaining acceptance for our message are language, rhetoric, and personal stories. Language refers to our choice of words and expressions. Rhetoric is the art of shaping our message in a persuasive manner. Stories deliver a powerful message that cannot be disputed, because it’s coming from a witness, and is non-threatening, because it’s allegedly about us.

The Power of Language…

The animal exploitation industries have long used language to hide their insults to human sensibilities. This is why they label the animals they abuse and kill for food “livestock,” “cattle,” “hogs,” “swine,” and “poultry.” This is why they refer to the flesh of cows, pigs, and dairy calves as “beef,” “pork,” and “veal.” This is why they tout their products as “humane,” “cage-free,” or “free-range.”

Our contribution should be to discourage the use of this deceptive language by using direct expressions, as in “I don’t eat cows.” 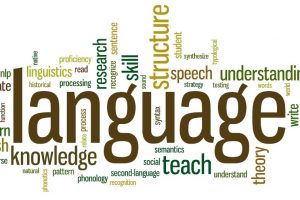 As vegan advocates, we should restore the original meaning of “meat” and “milk” by simply prefacing each term by a noun denoting its source, as in “animal meat,” or “soy meat,” and “cow milk” or “nut milk.” Moreover, we should refrain from delegitimizing plant-based products by labeling them as “fake,” “mock,” “analogs,” “alternatives.” These are real foods that don’t require qualifying labels!

Finally, let’s not sabotage our own vegan advocacy by making veganism sound alien or challenging. Here are some remedial tips:

The amazing power of rhetoric and personal stories in vegan advocacy can best be illustrated with examples from a powerful speech delivered by American activist Gary Yourofsky at Georgia Tech in 2010.

He dresses just like his audience, then uses rhetoric to gain their acceptance and trust: 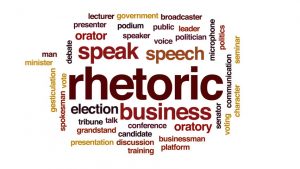 Now, he is ready to deliver his message, first through an appeal to feelings:

All I want to do is awaken some emotions and some feelings, that has been buried and suppressed, intentionally, by our society. Each and every person in this room used to be a true animal lover at one time. What in the hell happened along the way? Who taught us to be so mean, and nasty and vicious and hateful towards animals when they used to be our friends?

Then, an appeal to fear, but through personal story telling:

And finally, an appeal to beliefs:

If you believe that humans are meat eaters, … find a two-year old child, place the child in a crib, in the crib put two things, a live bunny rabbit and an apple. If the child eats the bunny rabbit and plays with the apple, I’m gonna buy everyone in this room a brand-new car.

He closes with a raw emotional request, appealing to common aversion to cruelty: 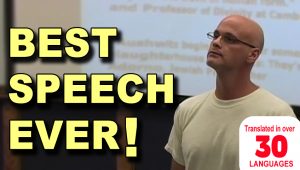 You got a choice when you leave this room, you can choose to be radically kind – never to intentionally harm another animal for breakfast, lunch, or dinner… Or you can stay radically cruel, make sure animals have no freedom, make sure they never experience one drop of human kindness, make sure their babies are stolen from them, make sure their beaks are sliced off, their horns cut off and their testicles are ripped off. I really hope you make the right choice.

Colleen Patrick-Goudreau has been my inspiration and authority on the use of language in vegan advocacy. Her brief, but thorough, commentary on use of derogatory animal terms in our language is on YouTube.

Gary’s 70-minute speech (with 5 million views in 30 languages), illustrating his masterful use of rhetoric and stories, may also be viewed on YouTube.