Approaching the year 2020 affords an opportune time to look back at the social changes we’ve wrought since the birth of our movement 40 years ago. Sometimes, the slow pace of social change makes us wonder whether our efforts are bearing fruit. As our movement’s oldest activist, I can provide an encouraging long-term perspective.

A Look At the Past 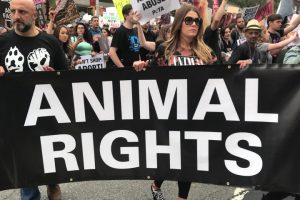 40 years ago, few had ever heard the word “vegan,” and even fewer knew what it meant. Today, we have a vegan presidential candidate, and dozens of entertainers and other celebrities claim to be vegan.

Animal rights was a quaint concept considered by a handful of academicians. Today, you can major in animal rights at a dozen prominent law schools. A search on Amazon for “animal rights books” yields 10,000 results.

The U.S. had three vegetarian societies and no animal rights groups. Today, there is at least one of each in every major community.

40 years ago, nutritionists were unanimous that we could get a “complete protein” only from animal sources, or perhaps by careful combination of “complementary” proteins. Today, the conservative Academy of Nutrition and Dietetics and every respectable nutritionist endorse a plant-based diet. 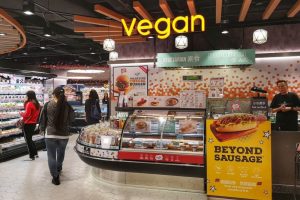 The only foods you could reliably expect in most restaurants were a baked potato and  lettuce. Today more than 40 national franchises offer plant-based entrees.

A few Seventh Day Adventist stores were offering a suspicious-looking canned food as replacement for animal meat. All milks came from cows or goats. Today, every supermarket features a superb selection of delicious, convenient, and healthful plant-based meat and milk products.

40 years ago, hundreds of chimpanzees were subjected to cruel medical experiments. Today, none are.

87% of medical students practiced surgical procedures on live dogs. Today, none do.

The infamous LD50 test exposed one hundred small animals to increasing doses of a toxic substance, until half of them died, then killed and autopsied the other fifty to find out why they didn’t. Today, that test is banned. 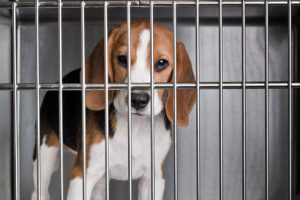 million homeless animals were killed each year by local pounds. Today, that number is estimated at 1.5 million.

Dog fighting and cock fighting were common throughout the U.S. Today, both practices are outlawed in every state.

A New Movement Is Born 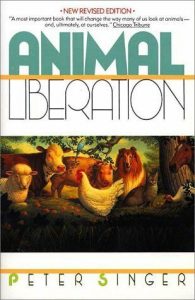 To be sure, there had been some sporadic animal rights activities before that. Peter Singer published Animal Liberation in 1975. Two years later, pioneer labor and civil rights activist Henry Spira shut down cat blinding experiments at the American Museum of Natural History. Since organizing the World Vegetarian Congress in 1975, the North American Vegetarian Society had been supportive of animal rights.

However, none of the major national animal protection organizations – American Humane Association, American Society for the Prevention of Cruelty to Animals, Humane Society of the U.S., Animal Welfare Institute, and the three antivivisection societies – identified with or supported animal rights.

Social change occurs in stages. In the alerting stage, people first become aware that an issue exists. In the discussion stage, they learn more about it and get ready to make a change. In the reform stage, the change actually takes place. Transition from the discussion to the reform stage can be prolonged and frustrating, as we’ve witnessed with climate change and gun control.

Over the past 40 years, the animal rights movement has moved our society deeply into the discussion stage. People already knew how to practice respect and compassion for their dogs and cats. Our movement has made such considerations both respectable and expandable to other animals.

Our society will finally advance into the reform stage and embrace animal rights in line with the growing availability of delicious, convenient, healthful plant-based meats. It’s already happening for nut milks, with cow’s milk consumption down a whopping 40 percent.

In 1776, our nation’s founders declared that “all men (meaning white male property owners) are created equal.” Women had to wait 144 years to gain their right to vote. African Americans had to wait an additional 45 years to have their voting rights respected. By these standards, we are progressing with lightning speed.