Thanksgiving and Christmas have been traditionally and literally “murder” on turkeys. The growing popularity of plant-based roasts and the Covid-induced ban on large family gatherings may provide some relief this year. Join us in tracing the fascinating history of our movement’s compassionate holidays tradition.

In early September of 1975, I received a call from Nellie “Saiom” Shriver, whom I had just met at the World Vegetarian Congress in Orono Maine. 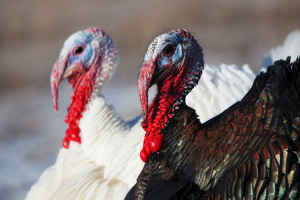 The Congress was my very first exposure to vegan activism, and Nellie had offered to become my mentor.

She alerted me that the owner of a vegetarian restaurant near the White House was desperately looking for help in arranging a public vegan Thanksgiving dinner. This would be my very first opportunity to fulfill my new commitment to vegan advocacy. I was ready. I organized, and I publicized. I even staged a comedy routine with my 9-year-old daughter and recruited a vegan runner from Philadelphia to win the local Turkey Trot foot race.

When I asked the restaurant owner what ever gave him the extraordinary idea of a public vegan Thanksgiving dinner, he let on that it was a phone call from a young woman who told him that a new vegan activist was desperately looking for a restaurant… My mentoring had just begun.

That first public vegan Thanksgiving dinner back in 1975 gave birth to a new tradition and hundreds more similar events through the years and throughout the U.S. Hundreds of people pay up to $90 to attend The Vegetarian Society of DC Thanksgiving Gala.

The tradition was designed to bring some relief from those dreadful Thanksgiving family dinners, where we were the butt of caustic jokes and relegated to picking through the few veggie sides that didn’t contain butter, cream, or meat drippings. Dinners, where we would watch our loved ones celebrate health and happiness by consuming the carcass of a tortured animal. 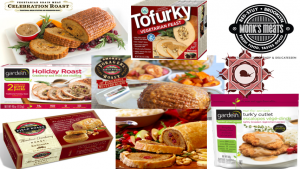 Our ultimate vindication at the Thanksgiving dinner table came in 1995 with commercial introduction of the Tofurky Holiday Roast.  The savory roast was made of seasoned seitan and tofu and filled with wild rice and breadcrumb stuffing. Our guilt-free roast could now share the center of the family dinner table, changing the tenor of the conversation and conferring equal status to our vegan persona. Tofurky’s founder Seth Tibbott recently published In Search of the Wild Tofurky, that traces his pioneering struggle to launch a successful plant-based meat business.

Today, the Tofurky Holiday Roast has lots of competition in the supermarket frozen foods section. The Field Roast Celebration Roast features a wheat gluten exterior and stuffing of butternut squash, apples, and mushrooms, seasoned with rosemary, thyme, and sage. The Gardein Stuffed Turk’y Roast has a stuffing of wild rice, and cranberries. Trader Joe’s and Whole Foods offer their own plant-based “turkey” roasts. 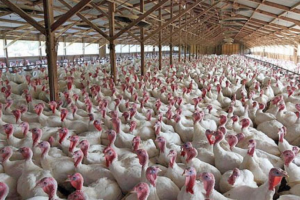 The 244 million turkeys killed in the U.S. each year are raised in crowded sheds filled with toxic fumes. Their beaks and toes are clipped to prevent stress-induced aggression. At 16 weeks of age, slaughterhouse workers cut their throats and dumpe them into boiling water to remove their feathers. Consumers pay a heavy price too. Turkey flesh is laced with cholesterol and saturated fats that elevate risk of chronic killer diseases. Intense cooking is required to destroy deadly pathogens lurking inside.

We at FARM have always viewed the Thanksgiving tradition’s obsession with dead birds as a unique opportunity to promote plant-based eating. Our Compassionate Holidays website lists all the reasons for shunning turkey carcasses on Thanksgiving and other winter holidays, offers a good variety of appropriate plant-based recipes, provides guidance for celebrating with a turkey-addicted family, and encourages viewers to arrange their own public Thanksgiving dinners. The latest version has expanded its reach to observances of Christmas, Hanukkah, and Kwanzaa.

Each year, we write letters to the editors of hundreds of America’s newspapers noting the absurdity and hypocrisy of tormenting and killing an innocent animal to celebrate our own health, happiness, and good fortune. Occasionally, we’ve put up public billboards showing a little boy embracing a turkey and urging people to “Save Lives This Holiday Season.” For a number of years, we staged  public vegan Thanksgiving dinners in restaurants, hotels, or social halls in the nation’s capital.

When the National Turkey Federation began staging their annual presidential turkey “pardoning” in the late 1980s, we seized on the occasion to picket the White House ceremony. 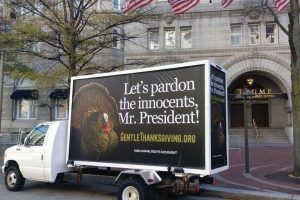 This became much more relevant in November of 2017, in the face of widespread rumors that President Trump was going to pardon recently indicted campaign chairs Paul Manafort and Rick Gates. We arranged a two-day White House vigil with giant posters picturing a wild turkey and the admonition “Pardon Only the Innocents, Mr. President.” Our mobile billboards with the same message circled downtown Washington.

The national Thanksgiving observance offers each of us an opportunity to speak up for the animals on social media and in our personal communications. Our Gentle Thanksgiving website offers lots of helpful tips. Let’s make good use of this opportunity!