We’re all deeply troubled by the killing of animals for food. We wonder who the killers are and what makes them do it. We draw comparisons with human genocides, yet remain unable to make sense. Here are some partial answers that may surprise you.

Some have objected to the comparison. They offer three important differences and thereby may seek to justify the killing of animals for food:

Let’s take a closer look at each retort in turn.

They Are Only Animals

We label cows, pigs, and other animals raised for food “sentient” because they have self-awareness, which includes the crucial awareness that they are about to die. Discussion of a degree of sentience is not very helpful here. 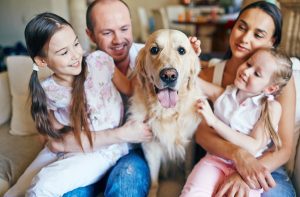 The moral value we assign to other sentient beings is based on our personal relationship with those beings, rather than on their species, race, gender, or any other trait. This is why many of us will spend a small fortune protecting the health and welfare of our family dog, but not a cent to feed a starving child in Africa.

Fighting oppression should never be about the specific traits or moral value of the victims. It should focus instead on preventing the oppressive mindset and on abolishing the social norms that foster and sanction the resulting oppression.

Unfortunately, the opposite is the case. Nearly all of our social justice work is conducted by narrowly focused victim protection groups that couldn’t care less about any other victims, the oppressive mindset, or the underlying social norms. In fact, many don’t regard non-human animals as victims worthy of consideration and respect.

Our motives for oppressing and killing other sentient beings vary. Racial hatred and financial gain are certainly prominent among them. Other likely motives are listed and described below.

Fear. Fear that people of different color, culture, or language may harm us, perhaps by removing whatever personal privilege we have inherited or earned. Demagogues exploit these powerful fears to control public opinion and retain power.

Revenge. Retribution for perceived past wrongs, as in the Holocaust and the genocides that followed, but sometimes redirected toward other, more convenient victims.

Transference. Victims of past oppression feeling that they now have license to oppress others, a common root cause of schoolyard bullying and domestic violence. 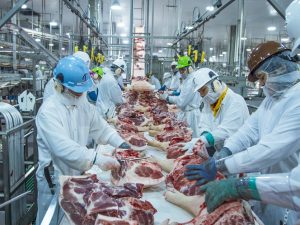 Amazingly, these five frequently quoted killer motives are responsible for but a tiny fraction of the world’s killing. For most killers, killing is just a job! That’s just as true of today’s slaughterhouse workers as it was of the SS guards in Nazi death camps.

Whatever greed, hatred, or revenge may have motivated the killing masterminds, none of it has been translated to the actual killers. None of it has made any difference to the victims. The hatred vs. greed distinction in motivating the Holocaust vs. animal slaughter is absolutely irrelevant. 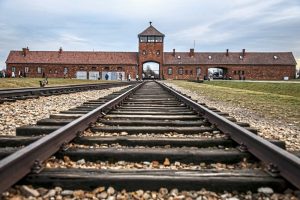 The SS guards knew that any slip-up would get them shipped to the Russian front, where they would freeze, starve, or be shot to death. They studiously avoided direct killing of the victims and insisted that the gas chamber corpses be cremated and disposed of by other camp victims. The death camp commandants debated whether hydrogen cyanide or carbon monoxide would kill their victims more humanely.

Slaughterhouse workers claim that their jobs are their only means of housing and feeding their families. In today’s industrial slaughterhouse operations, the actual killing act is distributed among several people, so no one is fully responsible. A number of peddlers of animal products invoke the “humane” label to relieve their patrons’ guilt and promote sales. And, of course, all killing is supposed to be regulated by the U.S. Humane Methods of Slaughter Act, which has never been funded or enforced.

The Killers Are Among Us

When local district attorneys set out to build their prosecution for a capital offense, they don’t just look at who pulled the trigger. Every one who facilitated the offense is culpable. In a “murder for hire,” the employer becomes the prime target. The 1945-46 Nuremberg trials focused on 24 Nazi leaders, rather than the thousands of actual killers. 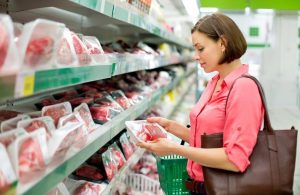 In assessing responsibility for the killing of billions of innocent sentient beings, we too should look beyond the wretches who plunge the knife and perhaps beyond the wretched meat industry itself. We should look to the very people who enable this massive “murder for hire” at the supermarket checkout counter. They are our neighbors, our co-workers, our best friends. They are our brothers and sisters, our sons and daughters. In most ways, but one, they are us.

This is our killing quandary.

[My inspiration for this essay came from the 2002 book Eternal Treblinka by Charles Patterson. The book offers outstanding documentation of the amazing parallels between the Nazi Holocaust and our slaughter of animals for food. It is readily available from Amazon in paperback or Kindle format.]