This date (September 1) marks the 82nd anniversary of the Nazi invasion of Poland and the start of World War II, leading eventually to the Holocaust. This essay covers my personal journey from the Holocaust to animal rights and any justification for appropriating the term to dramatize the abuse and killing of animals for food.

How it All Began

On September 1st, 1939, the Nazi armies invaded Poland, launching World War II. I was five years old, living in Warsaw with my mom and dad.

Within a year, the 450,000 Jews in Warsaw and surrounding areas were forced to move into the Jewish section of Warsaw, usually with strangers. That area was then surrounded by a brick wall topped with barbed wire to form the Warsaw Ghetto, one of Hitler’s infamous concentration camps. Crowding and food shortages prevailed, leading to a Typhus epidemic and starvation that took nearly 100,000 lives in the first year. 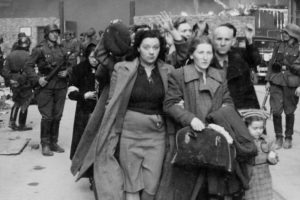 Although they had murdered many Jews sporadically before then, in the Summer of 1942, the Nazis launched their “final solution,” commonly referred to as the Holocaust. This was a massive campaign to transport millions of Jews from hundreds of ghettos and concentration camps throughout Poland and other European countries to a half dozen death camps. The most notable of these were Auschwitz and Treblinka, where more than two million perished.

In the Warsaw Ghetto, they packed most of the population into cattle cars for a trip to the newly constructed death camp of Treblinka. I and my parents were among the few able to escape the Ghetto and remain in hiding on the outside, until liberation in the Spring of 1945. No one else in our large family survived.

After five years in an Italian refugee camp, I landed in the U.S. in January of 1951.

Survivor’s Guilt and an Evolution 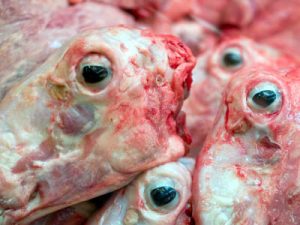 Instantly, images of death camp piles of charred bones, hair, glasses, and shoes flooded my mind. I tried to dismiss it as mere coincidence. “They’re only animals,” I kept saying. But it didn’t work. As a scientist, I resolved that additional research would help.

It didn’t. My head was spinning, as my world was turning upside down.  If our treatment of animals bears any similarities to what the Nazis did to us, how could my enlightened American society sanction this? Did anyone else see what I was seeing? Was I losing touch with reality? Did I require professional counseling?

My salvation came in the form of a quote by Jewish Nobel laureate, Isaac Bashevis Singer: “To the animals, all people are Nazis.” At last, someone else, no less than a highly respected author, shared my perception of reality. Perhaps I was not losing my mind after all.

Perhaps there had indeed been a cosmic reason for my survival, a valid way to repay my debt to society, and a profound lesson to be learned from the tragedy of the Holocaust. This is when I resolved to devote the rest of my life to fighting all oppression, beginning with our own oppression of animals raised for food.

Is there an animal holocaust taking place in our midst today? Should we use the term in our animal advocacy? Well, yes and no.

There are certainly striking similarities in both social acceptance and implementation between the Nazi Holocaust and our treatment of animals for food. 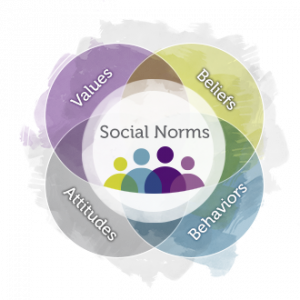 It is precisely these powerful, yet highly arbitrary social norms that made the tragedies of the Holocaust and animal slaughter possible. In Nazi Germany, they decreed that one German lived and another died. In our society, they determine that the dog lives and the pig dies. Despite their absolute power, social norms are also increasingly subject to manipulation. Hitler was able turn German social norms upside down within a couple of years after assuming power.

There are also striking similarities in the implementation of the Holocaust and our treatment of animals raised for food:

The Holocaust and Animal Advocacy

So, should we use the Holocaust analogy in our animal advocacy?

Effective advocacy begins with two key strokes: a) start with what they already know and believe and b) add drama to evoke willingness to change. The picture of adorable fluffy baby chicks getting macerated live, or lovable dogs crated for slaughter in East Asia fill both roles perfectly. 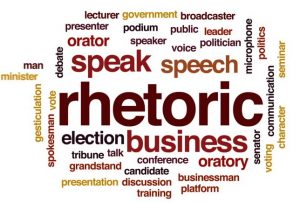 “Bringing up the Holocaust, just like slavery, does not. It certainly adds drama, but it suggests an underhanded attempt to demean the moral value of the human victims by comparing it to that of pigs. This is due in large measure to the pervasive hang-up of our social justice organizations on protecting and glorifying their specific victims and their victimhood.”

The first step in addressing the scourge of oppression is to shift our focus from the victims to the root causes of the oppressive mindset and to the powerful social norms that sanction its devastating consequences.

One day, people will appreciate the tragic parallels between the Holocaust, slavery, and our treatment of animals for food. But that day still lies ahead.

For additional details on my journey, please visit https://never-again.org.

For additional discussion of the roots of oppression, please visit https://theveganblog.org/41-why-we-oppress-why-animals.