We stand on the shoulders of pioneers who conceived, built, and nurtured our movement, yet are now largely forgotten. They displayed uncommon vision, creativity, conviction, daring, and persistence. Please join us in another of a series of accounts memorializing their amazing contributions to our movement and the animals. 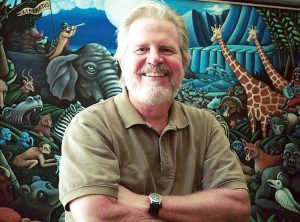 Ever since my initial exposure to the concept of animal rights, back in the late 1970s, I understood it to mean that animals should not be exploited for human needs. This interpretation has served me well in my animal rights leadership role, so I never felt the need for additional commentary. Yet dozens of interpretations have been provided since in a score of books by a dozen philosophers. Most prominent among them have been Peter Singer and Tom Regan.

To understand the key difference in their reasoning, we have to travel back to 1789, when British philosopher Jeremy Bentham first breached two millennia of Aristotle’s view that animals are mindless creatures in the service of men. Bentham launched the philosophy of utilitarianism, which strives for the greatest amount of pleasure and the least amount of pain by the largest number of sentient beings. In reference to animals, he famously stated “The question is not ‘can they reason?’ nor ‘can they talk?’ but ‘can they suffer?’” Singer is recognized as today’s leading champion of utilitarianism. 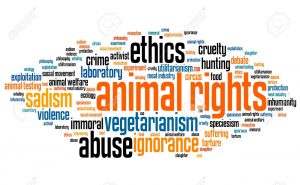 The notion that animals are endowed by their own inherent rights, which precludes all forms of human exploitation, was first introduced in 1892 by another British philosopher and social reformer Henry Salt. Regan’s concept of animal rights appears more in concert with Salt’s view. His 1983 book The Case for Animal Rights is generally regarded as the philosophical bible of the animal rights movement and a counter to the utilitarian underpinning of Peter Singer’s Animal Liberation.

Tom authored 17 books and two documentaries. The documentaries are We Are All Noah and Voices I Have Heard. Among his books are:

Tom’s work for animals extends well beyond his distinguished teaching career and his many books, including his seminal The Case for Animal Rights.

In the early 1980s, Tom and his wife Nancy founded the Culture & Animals Foundation, whose mission is to support artists and scholars in advancing our understanding of and commitment to animals. Their annual Compassionate Living Festivals brought together academics and activists to share information and inspiration.

On July 15, 1985, PeTA recruited one hundred of our movement’s top leaders and activists to take over the National Institutes of Health offices responsible for funding baboon head bashing experiments at the University of Pennsylvania. We stayed there for four days, until Secretary of Health and Human Services suspended funding of the experiments. Tom maintained our flagging spirits during the long siege by telling stories and leading us in an animal rights anthem that he concocted on the site. 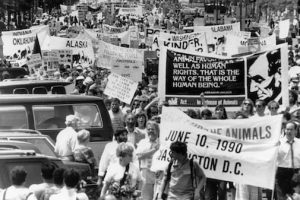 On June 10, 1990, Tom led 24,000 animal activists in the March for the Animals along Pennsylvania Ave from the White House to the U.S. Capitol. The march was organized by the National Alliance for Animals, with participation by dozens of groups. Speaking next to Tom were actor Christopher Reeve and singer Grace Slick.

Tom was a highly prized speaker at our annual Animal Rights National Conference.

In a tribute to Tom’s contribution as their professor of philosophy, North Carolina State University has established an animal rights/animal welfare archive. In addition to Tom’s records, the archive maintains and digitizes the memorabilia of a number of animal rights and animal welfare individuals and organizations.

Tom was born in Pittsburgh in 1938. He graduated from Thiel College in 1960, then received his M.A. in 1962 and PhD in 1966 from the University of Virginia. He taught philosophy at North Carolina State University in Raleigh from 1967 until 2001. He and his wife Nancy had two children – Bryan and Karen.

We lost Tom to pneumonia in 2017, shortly after his induction into the U.S. Animal Rights Hall of Fame. His vital contributions to the animal rights movement live on. 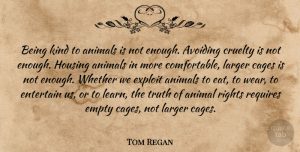