The history of animal abuse parallels the history of human civilization. Originally, animals were used for sacrifices, for labor, and for food and clothing. Eventually, for amusement, and much more recently, for research. 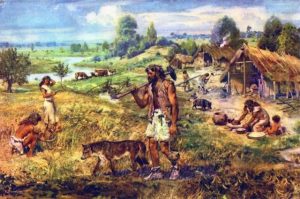 Animal labor for plowing the fields and pulling loads was as essential then as the combustion engine and electric power are today. The extent of it grew as societies became more diversified and less dependent on agriculture.

Some early societies used animal flesh for food and animal skins for clothing, although the extent of it is uncertain.

The history of animal sacrifices has been headlined by the story of Prophet Abraham sacrificing a ram in place of his son in Genesis 22. Indeed, animal sacrifices were practiced on a massive scale by Jews around the Jerusalem Temple, from its construction in 960 BCE to its destruction by the Romans in 70 CE.

Two historical factors combined to end most animal sacrifices in the first century of the Common Era. In the year 70, following the Jewish rebellion, the Romans destroyed the temple where sacrifices were held. Subsequently, Paul, the chief promoter of Christianity, condemned animal sacrifices as an ingrate affront to a god who sacrificed his only son to expiate humanity’s sins. Many Moslems continue to practice animal 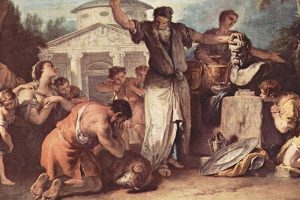 sacrifices, particularly in conjunction with their Eid al-Adha festival.

Jewish sages created the Talmud, a massive manual governing human conduct. It includes elaborate rules of kashrut specifying which animals could be used for food and how they should be treated and killed to minimize cruelty. The vestiges can be found in today’s animal welfare and “humane slaughter” laws.

Christianity, under the guidance of Paul, adopted Aristotle’s view that animals were created for human use and required no moral consideration, so using them as food was not an issue. He dismissed the biblical injunctions against cruelty to animals as mere metaphors for our treatment of other human beings. 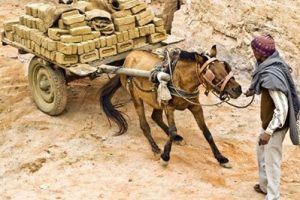 The use of animals for labor, transport, and warfare grew as technical breakthroughs led to greater social diversification. It persisted till the invention of the steam and internal combustion engines toward the end of the 19th century.

The steam engine led to the development of railroads, freeing thousands of horses from long-distance transport. The diesel engine freed horses and other equines from farm labor. The gasoline engine displaced horse-drawn city carriages.

Verdamana Mahavira (599-527 BCE), in Northeastern India, founded Jainism and popularized the Sanskrit word “ahimsa,” or harmlessness. He taught that we should not inflict on others suffering that we would not want to experience ourselves. Although this sounds like an early version of the Christian Golden Rule, Mahavira applied it explicitly to both human and nonhuman animals.

The Buddha (566-486 BCE) was a younger contemporary in the same region of India who adopted and taught the principles of ahimsa. Unfortunately, most of the billions of Buddhists living today don’t get it. 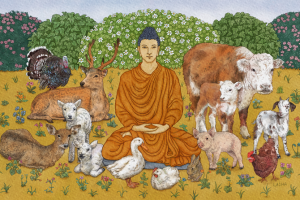 condemned animal sacrifices and urged his followers to abstain from eating animals. For a couple of millennia, vegetarianism was known as the Pythagorean diet.

The Greek philosopher Plato (425-347 BCE) propagated Pythagorean teachings, but his star pupil Aristotle (384-322 BCE) opposed them, proclaiming that animals are merely mindless creatures in the service of men.

Human concern for our treatment of nonhuman animals, championed by the Jewish, Indian, and Greek sages as early as 780 years BCE, laid practically dormant for the next 25 centuries. Continued animal abuse was largely sanctioned by the spread of Islam, Christianity, and the Aristotelian view of animals. That view was reaffirmed by Christianity’s foremost theologian Thomas Aquinas (1225-1274).

The first ray of enlightenment for animals came in the seminal 1789 publication An Introduction to the Principles of Morals and Legislation by British philosopher Jeremy Bentham (1748-1832). He famously said of animals “The question is not ‘can they reason?’ nor ‘can they talk?’ but ‘can they suffer?’”

Tragically, through the evolution of factory farming in the latter part of the 20th century, more animals are killed for food today than ever before. Much work lies ahead.

I have abstracted much of this material from the scholarly masterpiece The Longest Struggle (2007) by historian Norm Phelps.