Many of us claim that animal oppression lies at the root of all oppression. Some of us come to animal rights advocacy from participation in other social justice struggles. We invoke intersectionality as our natural milieu. But, do we really understand the meaning of that concept and its likely impact on our own struggle for animals?

What It’s All About 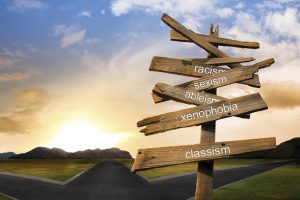 The concept of intersectionality was originally developed in 1989 by American social activist Kimberlé Williams Crenshaw to explore how various social and political identities combine to create different modes and perceptions of both discrimination and privilege. It broke away from classic feminism, which was based largely on the experiences of white middle class women.

In the past four years, elements of the animal rights movement have appropriated the term to mean that animal rights advocates must support other social justice movements, particularly racial equity and feminism. Some, in the AR “woke” cult, have resorted to ostracizing and defaming anyone who disagrees. Crenshaw feels that this represents a distortion of her work. “It’s not identity politics on steroids,” she notes in a recent TIME interview, “it is not a mechanism to turn white men into the new pariahs.”

United We Stand… Or Not

As the old saying goes, there is strength in numbers. Forming coalitions with other movements brings additional resources, personnel, contacts, information, and overall influence. It greatly increases our ability to effect social change.

Except when it doesn’t. Other social justice movements don’t really like us. And they have ample reasons.

But, Are We Ready?

Another key question that prevents us from forming coalitions with other movements is how ready are we to submerge or mute our own ideology and priorities in the interest of collaboration. How willing are we to put on hold the moral guidance of The Case for Animal Rights? Or Rain Without Thunder? 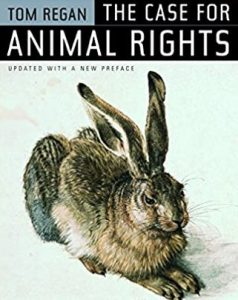 Here are specific questions that illustrate this point:

There Is Another Way

One way to reach out to other movements is to position our organization on the interface between ours and other social justice and life-affirming movements. A number of organizations have filled that role since the mid-1970s:

Of course, we should all care about social justice, peace, food security, health, housing, environment, and all other worthy life-affirming causes. Most of us do. As vegans and animal rights advocates, we can certainly see the commonality. In fact, we can and do use this commonality to persuade other advocates to join our ranks.

However, our movement’s interpretation and application of intersectionality does not serve our movement or the animals well.

Let me count the ways:

The animals and their unspeakable tragedy deserve much better than a movement that acts like an exclusive social club. They deserve a movement that is a big tent, where all people of different color, religion, social class and religious and political beliefs can work together under the banner of animal liberation from all forms of human exploitation. Where the only key for admission is saving animal lives. Nothing less will do.

Many of us claim that animal oppression lies at the root of all oppression. Some of us come to animal rights

The basic elements of a movement are vision, campaigns, publications, and conferences. How did those elements play out in forming, shaping,

We stand on the shoulders of pioneers who built our movement, but are now largely forgotten. They displayed an uncommon vision,

With World Day for Animals in Laboratories coming up on April 24th, this is a fitting time to review the history

With Earth Day just around the corner on April 22nd, this is a fit opportunity to recall the important role of

March 20th will mark the 37th annual observance of MeatOut, our global grassroots campaign to end the use of animals for