With Earth Day just around the corner on April 22nd, this is a fit opportunity to recall the important role of veganism in saving our planet, as well as all the fun Earth Day celebrations we conducted before the pandemic. 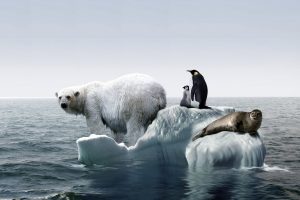 Global warming is accelerated by the release of greenhouse gases, so called because they trap the sun’s heat near the earth’s surface. These include carbon dioxide, methane, and nitrous oxide. Carbon dioxide is released by burning forests to create animal pastures. The more damaging methane and nitrous oxide are released from digestive tracts of cows and from animal waste pits, respectively. 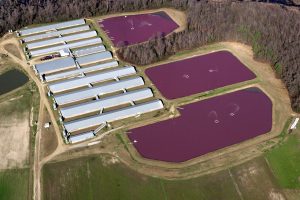 Animal waste containing vast amounts of nitrates, pathogens, antibiotics, and hormones is stored in huge pits, euphemistically dubbed “lagoons.” During major storms, this waste winds up in the nearest waterway, while some of it leaks gradually into vital groundwater supplies underlying the pits.

Rain and snow runoff from animal feed croplands and from factory farms and its waste pits contain soil particles, salts, organic debris, fertilizer, and pesticides, which kill aquatic organisms in nearby streams and lakes. Eventually these pollutants wind up in the ocean producing huge “dead zones.”

Industrial fishing is wiping out the oceans’ biodiversity, as miles of long lines and trawling nets sweep up huge numbers of “non-target” aquatic organisms. Shrimp trawlers discard as 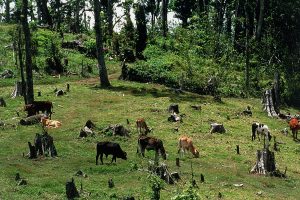 much as 85 percent of their catch. Bottom trawlers scrape the ocean floor and destroy all life in their path.

Animal agriculture is the key factor in destruction of wildlife and their habitats. Ancient forests are cut down and burned to create cattle pastures. When the pastures become trampled and depleted, they are converted into animal feed croplands. Each year, U.S. Department of Agriculture officials kill thousands of bison, wolves, coyotes, foxes, prairie dogs, ferrets, blackbirds, starlings, and other wildlife that are thought to interfere with ranching operations.

In light of animal agriculture’s enormous role in promoting global warming, air and water pollution, and habitat destruction, we have encouraged our supporters to take part in their local Earth Day observances since the turn of the century.

The FARM staff has also participated in a number of Earth Day marches, rallies, and tabling opportunities in the nation’s capital. 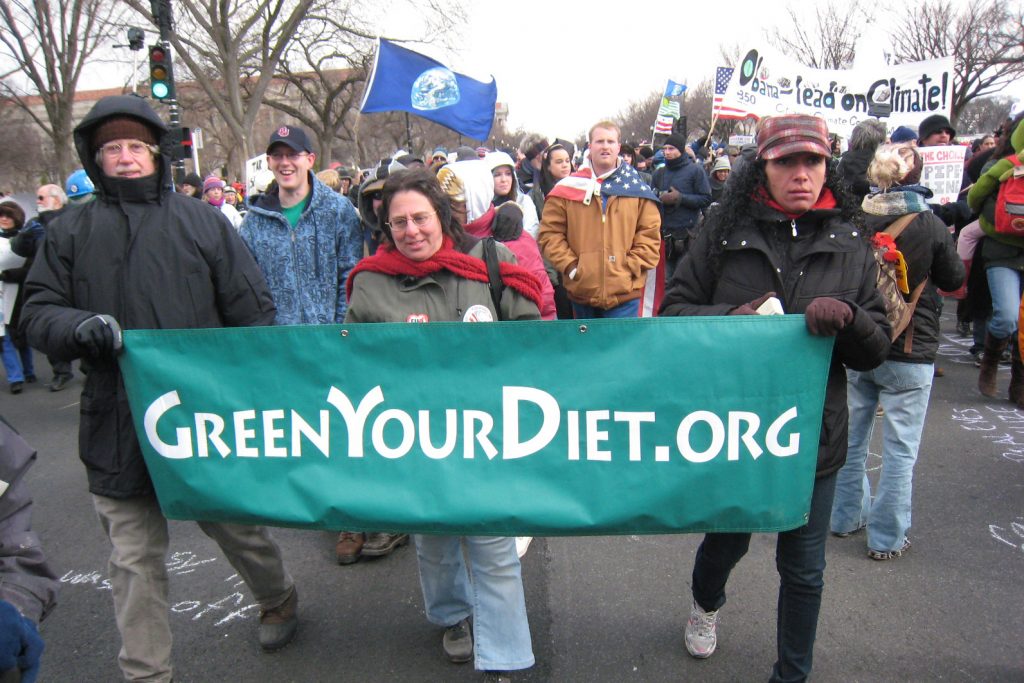 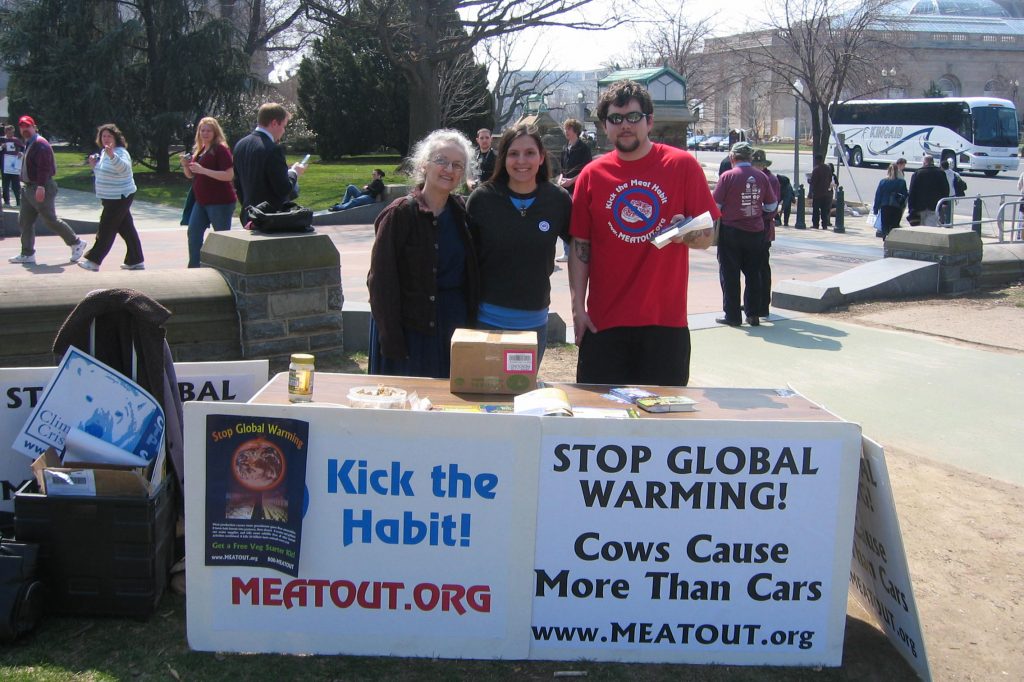 Before the pandemic, we mailed thousands of round “earthcards,” “Devastation” trifolds, and colorful posters for distribution at local Earth Day events. 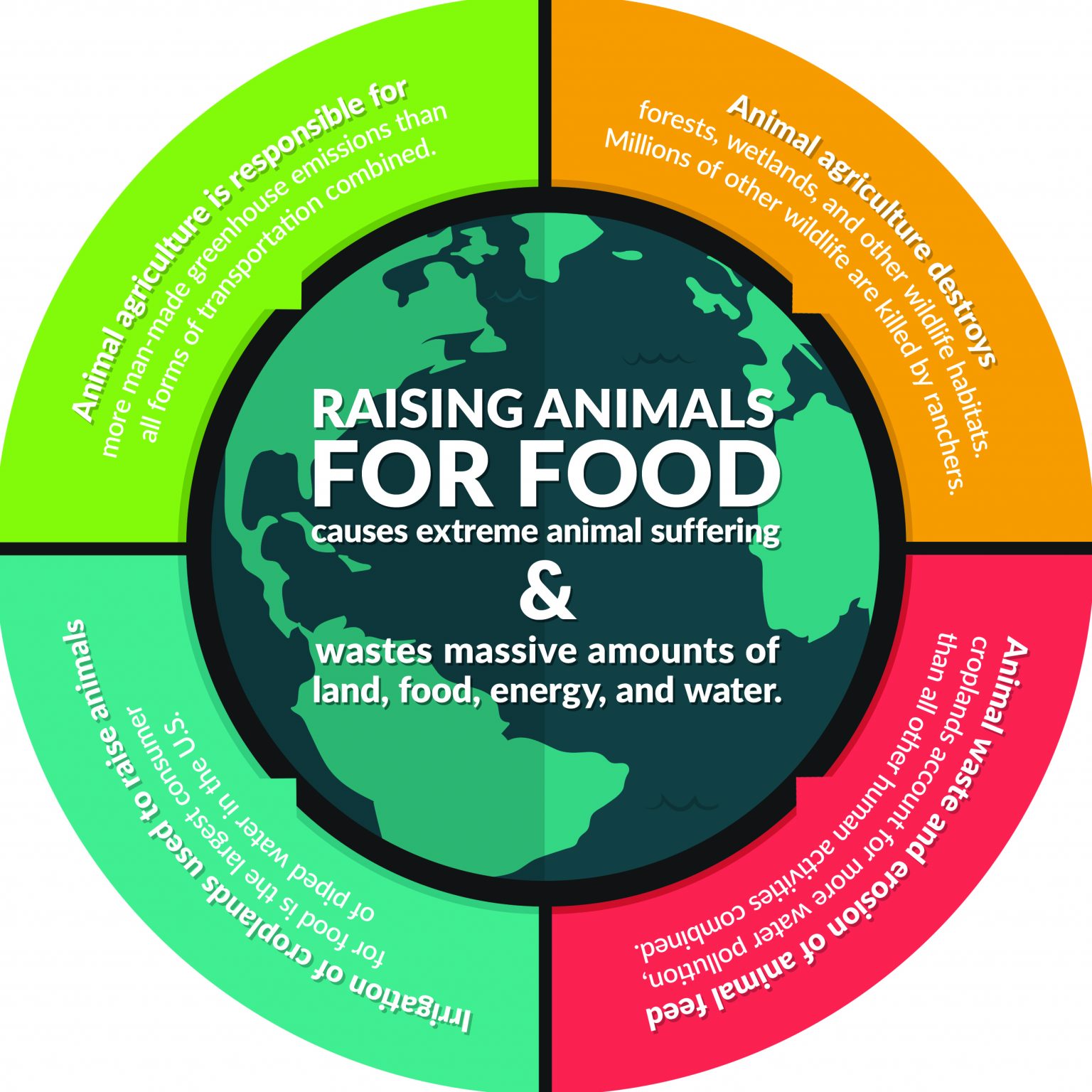 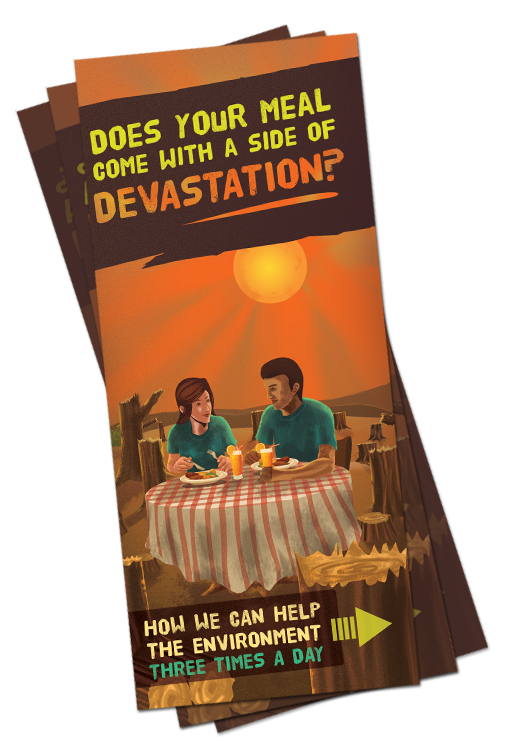 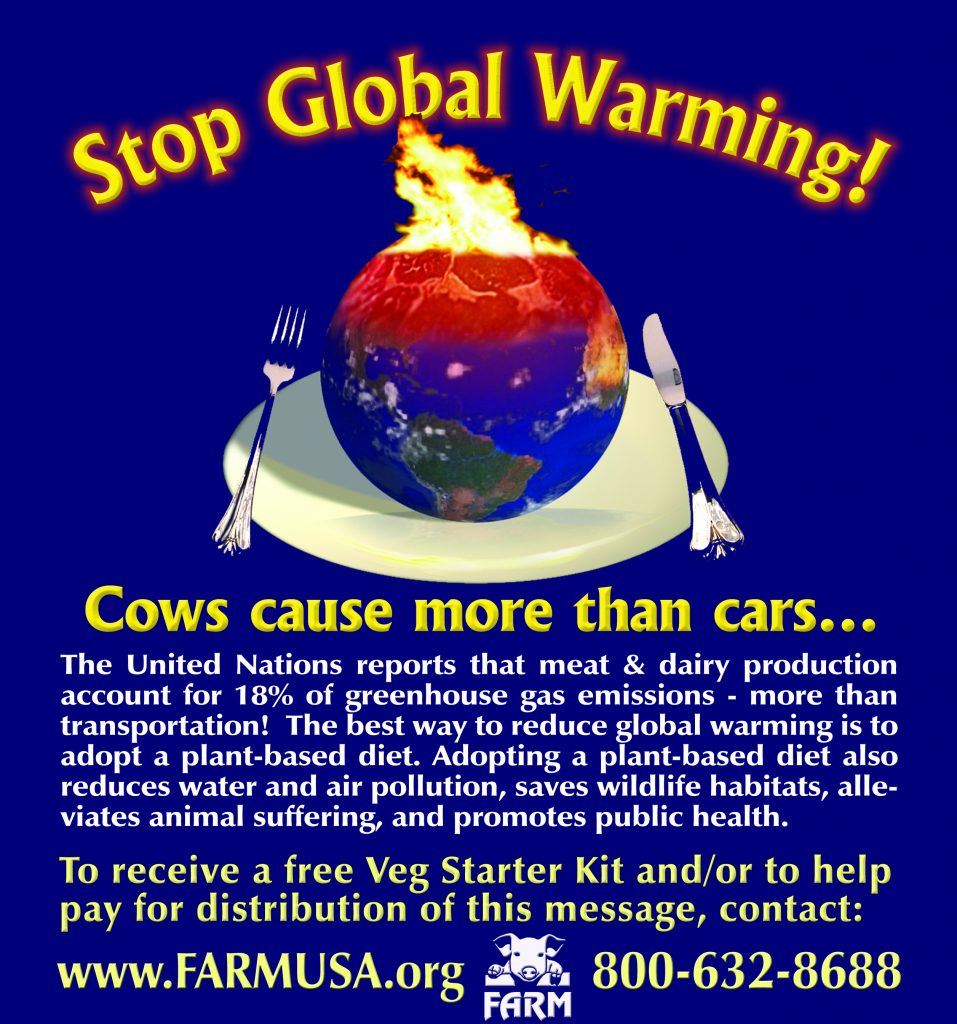 This year, we invite to visit our Green Your Plate website. The website details the devastating environmental impacts of animal agriculture, but then, offers lots of memes, videos, and other tips for posting on social media. We hope that you will join us.

The world’s attention to the devastating environmental impacts of animal agriculture was first awakened in 2006 by the United Nations publication “Livestock’s Long Shadow.” A number of confirming studies have been published since then.

According to a 2015 report from the Chatham House, animal farming accounts for 15% of global greenhouse gas emissions, about the same as burning fossil fuels for transportation. Still, 69% of people think that transportation is a major contributor to climate change, while only 29% believe that meat production is responsible.

Clearly, we have our work cut out for us.

In an environmentally sustainable world, we must replace meat and dairy products in our diet with vegetables, fruits, and grains, just as we replace fossil fuels with wind, solar, and other renewable energy sources.

Here is some more recent documentation of the environmental impacts of animal agriculture to assist you in your advocacy: