The tragic oppression of animals is rooted in the oppressive mindset, which has governed human actions since the dawn of history. Any attempts to end oppression require an understanding of its motives, its manifestations, and the source of its power to afflict human and non-human animals alike. Please join us in exploring these issues. 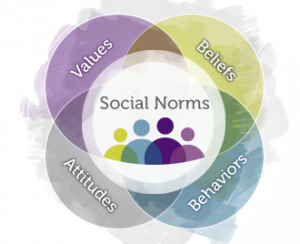 In order to survive, all societies expect their members to abide by certain rules of behavior, or social norms. This is sometimes referred to as our social contract. These norms are the sole reason that the most enlightened society on Earth was able to perpetrate the Holocaust and that otherwise virtuous members of today’s enlightened societies are able to subsidize massive atrocities against animals.

Social norms are initially shaped by our collective needs, desires, and morals, but also by powerful social influencers, like The Buddha, Christ, Muhammad, Hitler, Stalin, as well as by powerful political and corporate interests like the meat industry. The advent of mass communication in the past century has led to much more rapid changes in social norms. It took Christianity more than 300 years to gain a foothold, but Hitler was able to turn German social norms upside down in a mere six years.

Why and How Do We Oppress?

Oppression may be defined as the denial of another sentient being’s rights, freedoms, and/or opportunities. It can be as common and localized as school bullying, domestic 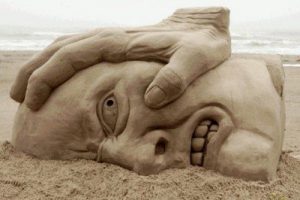 violence, or discrimination in housing or employment, and as disastrous and global as slavery, the Holocaust, and animal slaughter.

Because it is an integral part of our social norms, oppression may be hidden and manifest only gradually, like the oppression of women before recent times. Conversely, and also gradually, societies tend to reduce individual freedoms and impose additional controls on its members.

The roots of oppression are varied:

Low self-esteem. Most bullying, domestic violence, and personal discrimination is related to people attempting to salve their low self-esteem, which may well have been instigated by the oppressor having been bullied by others.

Fear. Fear that people of different color, culture, or language may harm us, perhaps by removing whatever personal privilege we have inherited or earned.

Revenge. Retribution for perceived past wrongs, as in the Holocaust and the genocides that followed.

Transference. Victims of oppression feeling that they now have license to oppress others, forming an oppression cycle.

Social control. Exploitation of all these powerful popular emotions by demagogues to control public opinion and retain power.

Convenience or financial gain. This is by far the most common root of oppression, accounting for both slavery and animal exploitation.

Remedies to oppression can range from counseling to legal and political intervention, depending on the roots of the oppressive mindset and the 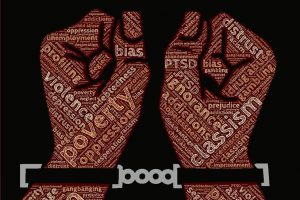 stage of oppression. In our own case, it’s mostly about removing the financial incentive of abusing and killing animals by introducing and promoting plant- and cell-based meat and milk products.

One of our greatest failings in confronting all oppression has been our intense and exclusive focus on specific victim protection groups. This is terribly counter-productive. It sets up a victimhood contest among victim groups about which deserves more consideration and sympathy. It distracts us from forming a united front to address the roots of all oppression, which is the oppressive mindset and the social norms that foster it.

But oppression is not about the species, race, or gender of the victims. The oppressor’s only important criteria for selecting a victim or a victim population are vulnerability and distinct appearance. Animals fit these criteria perfectly and are therefore a preferred target of oppression.

Some social justice organizations look at us askance, because they think that we are comparing the moral value of their victims to that of pigs and chickens. But the moral value we all assign to victims of oppression is based pretty much on our personal relationship, rather than on species, race, or gender. We spend a small fortune protecting the welfare of our family dog, but not a cent to feed a starving child in a local shelter.

Still, people ask us why be concerned about animals, when so many human problems remain unsolved? When nearly 800 million people on our planet go hungry every day? When millions more don’t have access to clean water or medical care? When Middle East genocides continue? 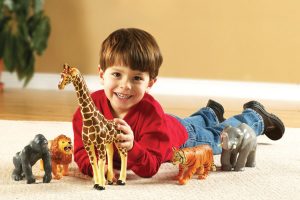 The reasons are ample:

Because animal oppression is a key to all oppression. Animals are the most vulnerable, and therefore, the most oppressed sentient beings on earth. We believe that, when oppressing animals becomes socially unacceptable, so will other forms of oppression.

Because oppressing animals is the gateway to all oppression. When we tell a child that the dog on his couch is to be loved and cherished, but the pig on his plate is to be abused and slaughtered, we are providing his very first social permission to discriminate and oppress others.

Because animals are an integral part of our fondest childhood memories. Toy animals were the very first objects we handled. Our favorite fairy tales revolved around animal lives. Our family dog gave us unconditional love, when our schoolmates would not.

Because animals share our own feelings of joy, affection, sadness, and grief. And they can suffer.

Because we can. Because, each year, each of us has the awesome power to spare 100 sentient beings just by choosing a diet that also happens to be better for our personal health and for the health of our planet. We don’t have that kind of power to save human victims of oppression.

has been getting phased out gradually since the middle of the 19th century, with the discovery of kerosene to replace sperm whale oil and invention of the steam and internal combustion engines to spare thousands of horses and mules. In the current decade, the development of plant- and cell-based meat and milk products will spare the lives of billions of cows, pigs, turkeys, and chickens.

Still, for all of the reasons listed above, committing to veganism and animal rights is a necessary first step on the long road to ending all oppression.