Today’s essay marks the beginning of the second year of The Vegan Blog. It reprises our very first essay recounting my journey from the Holocaust to a life-long struggle for animal rights.

On September 1st, 81 years ago, the Nazi armies invaded Poland, launching World War II. I was five years old, living in Warsaw with my mom and dad. 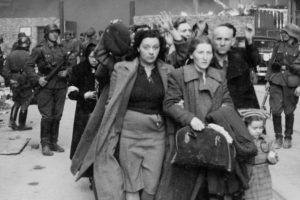 Warsaw and surrounding areas were forced to move into the Jewish section of Warsaw, usually with strangers. That area was then surrounded by a brick wall topped with barbed wire to form the Warsaw Ghetto, one of Hitler’s infamous concentration camps. Crowding and food shortages became unbearable, leading to a Typhus epidemic and starvation that took nearly 100,000 lives.

In the summer of 1942, the Nazis launched the Holocaust, a systematic campaign to murder all European Jews. In the Warsaw Ghetto, they packed some 300,000 people into cattle cars for a trip to the newly constructed death camp of Treblinka.

My mother and I were among the few able to escape the Ghetto and remain in hiding on the outside, until liberation in the Spring of 1945. No one else in our large family survived.

After five years in an Italian refugee camp, waiting for a U.S. immigration visa, I arrived in New York in January of 1951. My mom spent the rest of her life in Israel.

Survivor’s Guilt and a Revelation 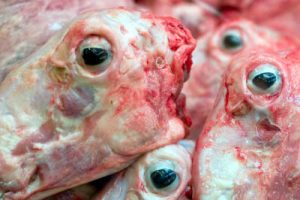 Instantly, images of death camp piles of charred bones, and hair, and glasses flooded into my mind. I tried to dismiss it as mere coincidence. “They’re only animals,” I kept repeating. But, it didn’t work. As a scientist, I wondered whether additional research would help.

As I became more familiar with animal farming and slaughter operations, I noted more striking similarities between what the Nazis did to us and what we are doing to animals:

My head was spinning, as my world was turning upside down.  If our treatment of animals bears any similarities to what the Nazis did to us, how could my enlightened American society sanction this? Did anyone else see what I was seeing? Was I losing touch with reality? Did I require professional counseling?

My salvation came in the form of a quote by Jewish Nobel laureate, Isaac Bashevis Singer: “To the animals, all people are Nazis.” At last, someone else, a highly respected author, shared my perception of reality. Perhaps I was not losing my mind after all.

This is when it dawned on me that there may have been a cosmic reason for my survival, a valid way to repay my debt to society, and a profound lesson to be learned from the tragedy of the Holocaust. This is when I resolved to devote the rest of my life to fighting all oppression, beginning with our own oppression of animals raised for food.

Well-meaning folks have challenged my decision. They understood why a Holocaust survivor would oppose oppression, but why animals? Why animals, when so many human problems remain unresolved?

Why animals? Because animals are the most defenseless, most vulnerable, and therefore, the most oppressed sentient beings on earth. Theologians have long debated whether there is life after death. But for animals raised for food there may not be a life before death. 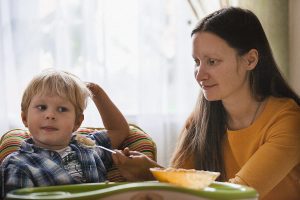 Why animals? Because oppressing animals is the gateway to oppressing humans. When we tell a child that the family dog on his couch is to be loved and cherished, but the pig on his plate is to be tortured, slaughtered, dismembered, and consumed as food, we are giving that child his very first social permission to oppress others. It’s the same type of social permission that Nazi children received that the Christian can live, but the Jew must die!

Why animals? Because they share our own feelings of joy, affection, sadness, and grief. Because they can suffer, just as you and I do. Many of us have experienced this first-hand with a four-legged member of our own family.

Why animals? Because they are an integral part of our fondest childhood memories. Toy animals were the very first objects we handled. Our favorite fairy tales revolved around animal lives. Our family dog gave us unconditional love, when our schoolmates or even our siblings would not. It was only the greed and callousness of the meat and dairy industries that turned our favorite living beings into a commodity to be exploited and oppressed.

Finally, why animals? Because we can. Because, each year, every one of us has the awesome power to spare 100 land and aquatic sentient beings just by choosing a diet that also happens to be better for our personal health and for the health of our planet. Sadly, we don’t have that kind of power to save human victims of oppression. 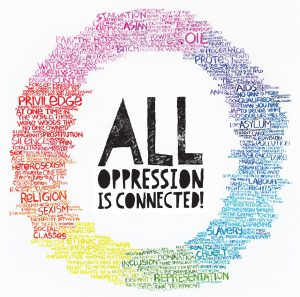 The Holocaust has revealed the tragic consequences of unchecked oppression. So does our continuing use of animals for food. When we all dropped animals from our menus, we took our very first step in fighting oppression. Our mission now is to help our friends and neighbors to take that first step.

(For additional details on my journey, please visit https://never-again.org)