Letters to the editor are widely read. They are an effective and trusted way of conveying our vegan message to the general public. The opinion page is the second most read section of a newspaper after the front page. Letters to editor pose a challenging opportunity to apply our language and rhetorical skills. Let’s review some options.

Why Letters to Editor

A typical local newspaper has a circulation of around 50,000 and a potential readership beyond that. We can improve our outreach by sending the same letter to the editor of another nearby local newspaper and to the largest newspaper in our state.

How Letter to Editor

Here are some useful guidelines for getting your letters published:

When Letters to Editor

There are three major occasions for writing and positioning your letter:

With 50th observance of Earth Day coming on April 22nd, each of us can help by reducing our driving, use of electricity, and consumption of animals. Yes, that too. 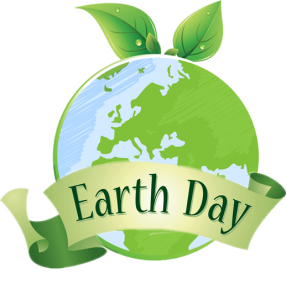 Moreover, meat and dairy production dumps more animal waste, fertilizers, pesticides, and other pollutants into our waterways than all other human activities combined. It is the driving force behind wildlife extinction.

In an environmentally sustainable world, vegetables, fruits, and grains must replace animal food products in our diet, just as wind, solar, and other renewable energy source replace fossil fuels.

Mother’s Day, on May 12th, celebrates the cherished bond between mother and child. But mother cows, very icons of motherhood, never get to see their own babies.

Newborn calves are torn from their mothers at birth and turned into veal cutlets, so we can drink the milk that was meant for them. The grief-stricken mother cows bellow for days, calling in vain for their return.
…
This Mother’s Day, let’s honor motherhood and compassion. Let’s replace the products of cow misery with delicious, healthful, cruelty-free plant-based milk, cheese, and ice cream products offered by our supermarket.

What ever happened to the good old days when the worst things we had to fear on the 4th of July were traffic jams and wayward fireworks?

According to USDA’s Meat & Poultry Hotline, this year’s top threat is food poisoning by nasty E. coli and Salmonella bugs lurking in hamburgers and hot dogs at backyard barbecues.  The Hotline’s advice is to grill them longer and hotter. They don’t bother to mention that high-temperature grilling of meat products also forms lots of cancer-causing compounds. And, who knows what junk they load into those hot dog casings in the first place.

Luckily, a bunch of enterprising U.S. food manufacturers and processors have met this challenge head-on by developing a great variety of healthful, delicious, and convenient, veggie burgers and soy dogs. These plant-based foods don’t harbor nasty pathogens or cancer-causing compounds. They don’t even carry cholesterol, saturated fats, drugs, or pesticides. And, they offer a great opportunity to declare our independence from the meat industry.

I have no fear of zombies, witches, or evil clowns lurking on Halloween. What really scares me is the meat industry.

This is the industry that deprives, mutilates, cages, then butchers billions of cows, pigs, turkeys, chickens – animals who feel joy, affection, sadness, and pain, as we do…that  exposes undocumented workers to chronic workplace injuries at slave wages, and exploits farmers and ranchers by dictating market prices… 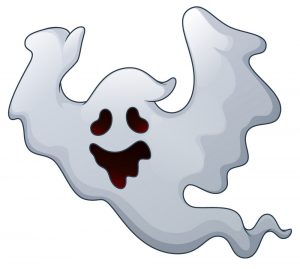 The industry that contributes more to our epidemic of diabetes, heart disease, stroke, and cancer than any other, then bullies health authorities to remove health warnings from dietary guidelines…

That sanctions world hunger by feeding nutritious corn and soybeans to animals, instead of people…

The industry that generates more water pollution than all other human activities, that spews more greenhouse gases than all transportation, that destroys more wildlife habitats than all other industries.

Fortunately, my local supermarket offers a rich selection of plant-based meats, milks, cheeses, and ice creams. That’s what gives me both courage and hope.

Next week, President Trump will take a break from watching his impeachment hearings to pardon two turkeys. Every one of us can exercise our own pardon power by choosing a non-violent, cruelty-free Thanksgiving observance.
…
This Thanksgiving, let’s give thanks for our good fortune, health, and happiness with a life-affirming, cruelty-free feast of plant-based holiday roast, vegetables, fruits, and grains. An internet search on “vegetarian Thanksgiving” offers more options and recipes than we could possibly use.

As you read these letters, see if you can spot the choice of language and
rhetorical devices designed to gain the reader’s trust and acceptance.