We seek a vegan world. That’s the one concept we all seem to agree on. But what does a vegan world look like? Will we ever get there? And, more precisely, just who is a vegan? Is it just diet or a lifestyle? And, while we’re at it, just what is a vegan diet?

The term “vegan” was coined by British pacifist Donald Watson in 1944, when he and several other members of Britain’s Vegetarian Society founded the Vegan Society for “non-dairy vegetarians.” Within a couple of years, they also dropped eggs, honey, and other food products of animal exploitation, and eventually, clothing made of leather, fur, wool, or feathers. Finally, in 1951, the Society expanded its definition of veganism as “the doctrine that man should live without exploiting animals,” which presumably was meant to oppose their use for vivisection and amusement. 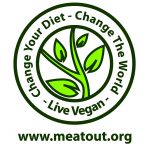 Jay Dinshah is generally credited with introducing veganism to America, when he founded the American Vegan Society in 1960. Jay felt that his compassion and respect for animals had to include the two-legged ones as well. He associated his concept of veganism with the ancient Vedic principles of ahimsa, or “doing the least harm and the most good.” In the interest of full disclosure, that is also my personal version of                                            veganism.

At some point, every one of us may need to decide whether our vegan philosophy applies just to animals raised for food, to all animals, or to all sentient beings.

The modern concept of vegetarianism emerged with founding of the British Vegetarian Society in 1847. British social advocate Henry Salt published A Plea for Vegetarianism and Other Essays in 1886. British pacifist Donald Watson coined the term ”vegan” and launched the Vegan Society in 1944. The vegan message was finally brought to the U.S in 1960 by H. Jay Dinshah.

Until the mid 1970s, there was a general consensus that consumption of animal flesh and dairy products was essential to human health. This is the likely reason that the United States was unable to spawn a viable vegan movement until the World Vegetarian Congress organized by Jay in 1975. 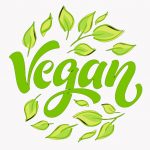 The first prominent challenge to that consensus came from Frances Moore Lappe in her best-selling 1971 book Diet for a Small Planet, which exposed the devastating impacts of beef production on the environment and food resources. Although the book suggested that animal food could be replaced by combining vegetable protein sources, its unfortunate effect was a massive switch from beef to chicken consumption. Americans were not ready to relinquish their love affair with animal flesh.

The first official hint that eating animals was not essential to good health arrived in a small pamphlet entitled Dietary Goals for the United States published in January of 1977 by the U.S. Senate Select Committee on Nutrition and Human Needs. The first professional acceptance of a vegan diet came in a 1988 position statement by the prestigious Academy of Nutrition and Dietetics. The 2005 best-seller The China Study, by T. Colin Campbell and Thomas M. Campbell II, provided the ultimate health endorsement of vegan eating.

The key rule in vegan 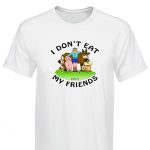 advocacy is to make sure that the people we are addressing are ready and willing to hear our message. We could prompt their interest by ordering plant-based food in a social setting, by wearing an intriguing button, or by showing them a provocative video.

An important concept in vegan advocacy is to use language that makes veganism appear less quaint and more desirable and the transition less challenging.

Here are some examples:

Sadly, a 2014 survey by Faunalytics found that 84% (five out of six) of vegetarians and vegans eventually regress. The most likely reasons are health and social pressure. 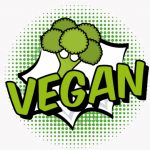 Dropping animal products from our menu undoubtedly reduces our risk of contracting killer diseases, but it does not guarantee good health. Vegans, like everyone else, still need to maintain a nutritionally balanced food intake and to minimize consumption of unhealthy items like saturated and trans fats and sugar-laden desserts and sodas.

The pressure on young people to conform with social norms may have lessened some, because of our ethnic and cultural diversity. Moreover, the concept of veganism has certainly become more socially acceptable and availability of plant-based food offerings has grown accordingly. Still, young people feel the pressure to conform with majority eating habits, and they need our support.

A number of national organizations offer superb resources for vegan advocacy. Among these are: 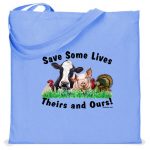 There is little question that the world of the future is a vegan world. The devastating impacts of animal agriculture on our climate and food resources, in the face of a growing population, demand it. Our role, then, is to make this transition take place a bit sooner, and thereby, to reduce some of the associated suffering, both animal and human.

(I gratefully acknowledge and recommend Wikipedia’s
extensive and informative entry on Veganism.)